The celestial 2010 Chateauneuf du Pape Collection Charles Giraud could come very close to equaling the genius of the 2007. This is again a blend of nearly 60% Grenache and 40% Mourvedre, but Isabel said it did include a touch of Syrah, although it probably only represents a tiny percentage. The concentration in the 2010 is absolutely amazing, given that St.-Prefert lost over 50% of their Grenache production due to the poor flowering of this varietal in late May and early June. Notes of burning embers, charcoal, truffle, blackberry, cassis, kirsch, beef blood and forest floor are all present in its remarkably complex set of aromatics. The flavors in this massive, full-bodied wine don't disappoint either. This elegant red displays good acidity and a nice, firm edge to the tannins, but they are well-integrated. With its long, heady finish, I suspect the alcohol must be pushing 15%. This stunner should drink well for two decades. Robert Parker 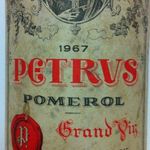 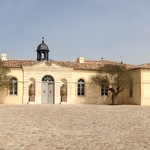 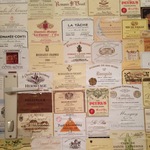