Rare library release. 92 Points Robert Parker:  "While potentially outstanding, the soft 2005 Zinfandel Hayne Vineyard is not as concentrated as past vintages have been. Although typically a candidate for long term cellaring, I would drink the 2005 over the next 5-6 years. Blackberry, raspberry, and cherry fruit cascade from the glass of this full-bodied, pure, rich, medium to full-bodied Zin. ...One of California's great wineries, Larry Turley's Turley Wine Cellars continues to play a critical role in safeguarding the Golden State's viticultural heritage, saving old, head-trained and sometimes own-rooted vineyards from destruction. With fully 29 different bottlings, Zinfandel (often complemented by small amounts of other co-planted varieties, such as Carignan and Grenache) is the standard-bearer here, though Turley also does a fantastic job with other varieties, most obviously Petite Syrah. Given how distinctive each of the single-vineyard bottlings is, it's tempting to suggest (though some will no doubt think it heretical) that Zinfandel might be the variety best adapted to expressing "terroir" in California." 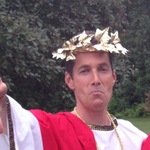 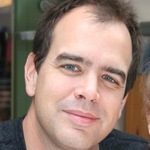