New Cabernet release from Turley! Limited.The third vintage of the Turley Cabernet. The wine has pure, ripe, deeply red Napa Cabernet fruit, rounded out by the savory herbs and garrigue that are the marks of the Estate vineyards. Medium-bodied, with great structure and a solid backbone, which will allow it to age for some time (if you must). However, with its inviting texture and supple, well-integrated tannins, the wine is exceedingly approachable in its youth. \t\t \tTurley Wine Cellars has wineries in St. Helena, in the Napa Valley, and in Templeton, in the Paso Robles area of California’s Central Coast. Founded in 1993 by Larry Turley, Turley Wine Cellars is known for robust and well-rated Zinfandels. Turley is the brother of Helen Turley, one of California’s most legendary winemakers, and she consulted for him until the mid-1990s. Now the winemaker is Ehren Jordan, known as one of Napa Valley’s best young winemakers. Larry Turley co-founded Frog’s Leap Winery in 1981 but sold his interest in Frog’s Leap to start his own estate. Robert M. Parker Jr. has called Larry Turley “the world’s premier Zinfandel specialist…he built Turley Wine Cellars into a showcase for the fruit, power and intensity of Zinfandel.” There are generally waits of several years to get on the mailing list to acquire Turley Zinfandels. 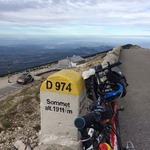 Ultralight weight Cabernet that seems like it needs more stuffing

Ultralight weight Cabernet that seems like it needs more stuffing

Love it. Expected an in your face bomb based on opaque visual, but extraordinary balance. Smooth and nice finish. Perfect with beef tenderloin.

Love it. Expected an in your face bomb based on opaque visual, but extraordinary balance. Smooth and nice finish. Perfect with beef tenderloin.