96 points                              Very limited new Turley Zin release. 93 Points Robert Parker:  "Winemaker Tegan Passalacqua suggests the 2016 Zinfandel Judge Bell Vineyard is strangely reminiscent of Nebbiolo, and it's difficult to disagree. The wine displays a complex bouquet of dried herbs, sage and juicy red-black fruit, followed by a full-bodied, ample and fleshy palate with chewy, stony tannins and an enticingly bittersweet "amaro" finish that's a world away from how Zinfandel is commonly rendered. This is one of the most singular wines in the Turley lineup... ...One of California's great wineries, Larry Turley's Turley Wine Cellars continues to play a critical role in safeguarding the Golden State's viticultural heritage, saving old, head-trained and sometimes own-rooted vineyards from destruction. With fully 29 different bottlings, Zinfandel (often complemented by small amounts of other co-planted varieties, such as Carignan and Grenache) is the standard-bearer here, though Turley also does a fantastic job with other varieties, most obviously Petite Syrah. Given how distinctive each of the single-vineyard bottlings is, it's tempting to suggest (though some will no doubt think it heretical) that Zinfandel might be the variety best adapted to expressing "terroir" in California." 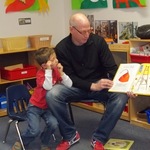 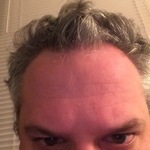