Sinegal is one of the most exciting new projects in Napa Valley. The 2016 Reserve Cabernet is one of the top-scoring Cabs of the vintage! Limited. 99 Points Jeb Dunnuck: "A selection of the top terroirs on the property and a blend of 86% Cabernet Sauvignon, 7% Malbec, and 7% Petit Verdot, the 2016 Cabernet Sauvignon Reserve was brought up all in new oak. Deep purple-colored, with a rocking bouquet of black fruits, espresso, graphite, and crushed rock, this borderline perfect wine has full-bodied richness, a seamless, seamless texture, plenty of tannins, and a monster finish. This is an absolutely killer Napa Cabernet! It’s already hard to resist, yet it’s capable of evolving for 2-3 decades." 97 Points Robert Parker: "Blended of 83% Cabernet Sauvignon, 10% Malbec and 7% Petit Verdot, the deep garnet-purple colored 2016 Cabernet Sauvignon Reserve has a profound nose of crème de cassis, baked cherries, earth, cigar box, charcuterie and menthol. The palate is full-bodied, rich and concentrated with firm and fine-grained tannins, finishing long and layered." 97 Points Antonio Galloni (Vinous): "The 2016 Cabernet Sauvignon Reserve is just as impressive from bottle as it was from barrel. Vertical in feel and construction, the 2016 possesses terrific depth and tons of energy. Even with all of its intensity, the 2016 has plenty of backing structure. The new oak, which was a bit prominent a year ago, has really integrated nicely. The 2016 was mostly fermented in oak puncheon, with a touch of stainless steel." 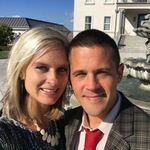 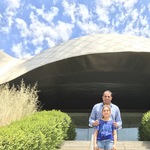 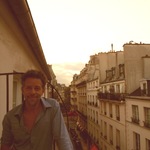 Enjoyed my visit there earlier this year.

Enjoyed my visit there earlier this year.