100 Points Parker - limited                                 Limited new release from Schrader Cellars. 100 Points Robert Parker:  "There is something ethereal about the 2013 Cabernet Sauvignon CCS, a wine that I tend to give more perfect scores to than of the other Schrader offerings. This is clone 4 from a special block of the Beckstoffer To Kalon Vineyard in Oakville, and it always seems to have these incredible, explosive aromatics ranging from blueberry to blackberry to cassis to spring flowers and lead pencil shavings. It’s always one of the more seductive wines early on, with sweet, velvety tannins, a plush, succulent mouthfeel, full-bodied splendor and majestic texture. This is a killer effort of great intensity and presence. Drink it over then next 25-30 years... ...After the remarkable performance of the 2012s, I would be hard-pressed to believe that Schrader could equal or eclipse that vintage, but they seem to have certainly equaled the quality of the 2012s. The 2013s are slightly more coiled and more tightly knit and with probably greater definition. That said, they all possess fabulous concentration and palate presence. Any of these will make a spectacular elixir/vinous treat to serve and consume over the next 25-30+ years." The Schraders, working with well-known winemaking consultant Thomas Rivers Brown, continue to farm and produce some of the world’s greatest Cabernet Sauvignons from three fabulous Beckstoffer-owned vineyards: the To Kalon Vineyard in Oakville, the Georges III Vineyard in Rutherford and the Las Piedras Vineyard in St. Helena. To Kalon is gravelly, eluvial, loamy soils; Georges III Vineyard is an old creek bed; and Las Piedras Vineyard in St. Helena is planted on old river rock and gravelly loam. All of these blocks utilized for Schrader’s wines encompass over 25+ acres and are custom-farmed – as Fred Schrader likes to say, essentially “virtual vineyards,” even though they’re not owned by the Schraders. Their initial focus, which has proven so successful, is essentially a microscopic study of different clones planted in different blocks with exactly the same philosophy of viticulture, harvesting, winemaking, élevage and bottling. Production of all the 2012s, which was a slightly more generous and later harvest than 2013 with bigger berries, ranges from 200 cases for the Old Sparky and Georges III, to 520 for the CCS, 420 for the T6, 625 for the RBS, 370 for the Schrader, 620 for the LPV and 100 cases for the newest baby, the Colesworthy, which is a selection of the best barrels of their Las Piedras offering. Some of the other characteristics of these wines are that they all spend about 20 months in barrel, but the percentages of new Darnajou and new Taransaud varied from cuvée to cuvée, although the CCS is 100% new Darnajou, as are the Old Sparky and the Colesworthy. Finished alcohol on the 2012s is in line with other vintages, at 14.4%-14.6%. And in 2013, virtually identical numbers of 14.4%-14.6% were achieved. The consistency and the analytical aspects of the wines is mirrored in the incredible quality that Schrader has produced. 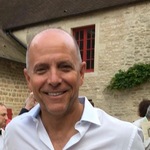 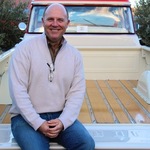 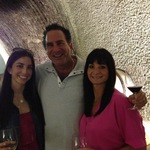 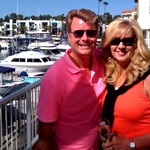 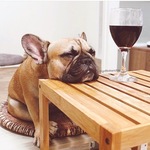 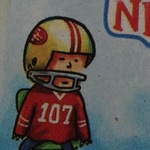 Spectacular. Can imagine what this will be like in 10-15 years time.

Spectacular. Can imagine what this will be like in 10-15 years time.