A blockbuster new release from Rusack, one of our favorite small producers in Santa Barbara's Sideways country! Rusack Winery is one of the Santa Ynez Valley's rising stars, fashioning fantastic Pinot Noirs even Miles would be proud of! A stone's throw from Sea Smoke and other area cult Pinot Noir producers, the Rusack 2009 Santa Maria Valley Pinot Noir showcases all that is great about this hot new California region: A rich, fleshy and flashy wine that possesses layers of vivid blueberry, black cherry and spicy, peppery nuances that gain an added measure of complexity, with a pretty overlay of toasty oak. The flavors fold together on the finish, offering complexity, depth and finesse in a highly distinctive style. Snap this up before the ratings come out! Only 390 cases produced. Mocha and berries but good acidity to balance.

Mocha and berries but good acidity to balance. 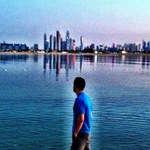 Been to the vineyard, great place. Decent Pinot.

Been to the vineyard, great place. Decent Pinot. 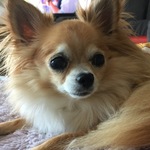 Young and fresh. Tastes lots of berries and nice tannin toward the bottle end..

Young and fresh. Tastes lots of berries and nice tannin toward the bottle end..