95 points - limited                                                       Rare release of Rudd's Oakville Estate Red. Limited. 95 Points Antonio Galloni (Vinous):  "Rudd's 2013 Oakville Estate Red is gorgeous and full of promise. The increased use of co-fermentations and a blend that incorporates healthy amounts of Cabernet Franc, Malbec and Petit Verdot - along with winemaker Frederick Ammons' deft touch - have resulted in a deeply expressive wine loaded with personality. Blue and black stone fruits, lavender, spices and menthol are laced together nicely in the glass, but it is the wine's overall balance that stands out at this stage. Power, intense and classy, the 2013 is shaping up to be a beauty." 95 Points Robert Parker: "There are two reds wines from the estate, the proprietary red wine, which is a Bordeaux blend, and Samantha’s Cabernet Sauvignon. The Rudd Estate Proprietary Red starts off life relatively slowly, and that probably works against it, but the color of the 2013, 2014 and 2015 is an inky purple. The wines display notes of scorched earth, blackberry and cassis, the with 2013 and 2014 both showing more up-front forwardness and a more approachable style, but they are still dramatic, flamboyant and full-bodied. The epic 2013 is not ready for drinking for at least another 4-5 years, but the 2014 can be approached already. Both wines are full-bodied, classic Oakville corridor wines, but made with almost a Bordeaux inspiration, but without sacrificing the extraordinarily rich, concentrated fruit of Napa. The 2013 is a 35-year wine and the 2014 probably a 25- to 30- year wine. The 2013 is a blend of 79% Cabernet Sauvignon, 10% Cabernet Franc, and the balance Malbec and Petit Verdot." 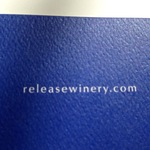 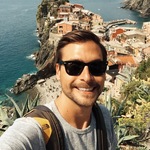