Robert Craig has consistently ranked among the foremost Napa Valley Cabernet producers since its founding in 1992.  Limited. 93 Points Robert Parker:  "The 2010 Cabernet Sauvignon Mt. Veeder is another dark, powerful wine. Incense, licorice, smoke, tobacco and scorched earth flow from the glass. There is plenty of Mt. Veeder character in the wine’s flavor profile and structure. Though compelling, readers need to give the 2010 time for the chewy, mouthcoating tannins to lose a bit of their edginess. The 2010 is 94% Cabernet Sauvignon and 6% Merlot. Anticipated maturity: 2016-2030." 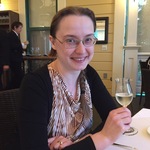