Scott Palazzo makes a small amount of this Bordeaux-style red from Napa Valley that is one of our best discoveries of the year!98 Points Robert Parker:  "The 2009 Right Bank is a rock star, an amazingly great effort and, for my taste, probably the finest – along with the 2012 and possibly the 2013 – Right Bank Proprietary Red Wine that Scott Palazzo has made to date. A blend of 68% Merlot, 24% Cabernet Franc, and the rest Cabernet Sauvignon, this wine still followed the trend of 14 months barrel aging in 40% new French oak. Truly great stuff, with a stunningly intense nose of crème de cassis, caramel, high quality espresso and possibly the dark chocolate from the Rhône Valley known as Valrhona, this wine is layered, full-bodied, opulent and stunningly rich, and consequently flirting with perfection. What’s amazing is that Scott Palazzo told me the harvest for the 2009 was one of the latest ever, extending into the first week of November. The result is a killer effort, although still an adolescent in terms of its evolution, with a good 15 or more years of life ahead of it... ...Scott Palazzo has a fascinating background, traveling the world, picking fruit in Bordeaux in the late 1970s and early 1980s, becoming highly involved in the music business producing videos that earned him several Grammy nominations. Yet he gave it all up for the lifestyle and challenge of producing world-class wine in Napa Valley. He produces three cuvées of wine, all well-known among wine insiders, but probably not getting the notice among consumers that they merit." Only 1,100 cases produced. 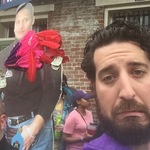 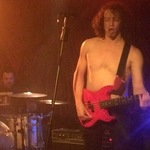 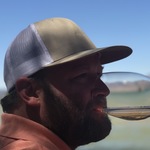