94 Points Parker                          A tiny-production white wine release from Palazzo.  Served at the French Laundry and very limited - hurry. 94 Points Robert Parker:  "The Palazzo 2013 Cuvée Blanc, which got my highest score, is again nearly all Semillon with just a touch of Sauvignon Blanc. It offers notes of orange rind, lemon honey, caramelized grapefruit, and a touch of tropical fruit in a lovely, medium to full-bodied, beautifully layered and textured style. This is superb stuff to drink over the next decade or more.” ...Scott Palazzo has a fascinating background, traveling the world, picking fruit in Bordeaux in the late 1970s and early 1980s, becoming highly involved in the music business producing videos that earned him several Grammy nominations. Yet he gave it all up for the lifestyle and challenge of producing world-class wine in Napa Valley. He produces three cuvées of wine, all well-known among wine insiders, but probably not getting the notice among consumers that they merit." 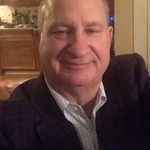