An awesome small-production Napa Cabernet you should try now. The grapes from this vineyard were sold to Caymus and Phelps fpor Insignia before they started bottling it themselves! Eleadoro Hernandez and his wife, Noemi, came to the Napa Valley 1982.  They moved to St Helena where Eleadoro began working with his Uncle, Fernando. Fernando introduced Eleadoro to John Caldwell shortly after John began planting his Vineyard there in the Coomsville area. He worked with John in the planting and development of these vineyards and eventually became the Vineyard manager. Shortly after leaving the Caldwell ranch, Eleadoro leased 25 acres of land in the Napa Valley on Big Ranch Road and began to plant a 6 or 7 acres a year. Today he has planted a total of 33 acres of Cabernet in that Oak Knoll area . He has sold grapes from this vineyard to world famous Caymus Vineyards and Phelps (for Insignia!).  Rolando Herrera of Mi Sueno winery is his winemaker. His first vintage in 2006 he made just four barrels (99 cases.)  In 2011 he produced 150 cases. 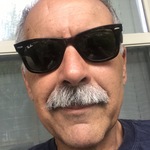