New release of one of the finest reds we've discovered from Chile. A delicious blend of Carmenere and Cabernet. 92 points Robert Parker:  "The 2012 Neyen is a blend of Cabernet Sauvignon and Carménère from two plots of ancient vines in the Apalta Valley in Colchagua -- the Cabernet is older, the Carménère probably planted in the 1960s. The vines are almost dry farmed; there is only one surface irrigation per year that is like a big rainfall. The grapes fermented with indigenous yeasts in stainless steel tanks and the wine matured in French oak barrels, 30% of them new, for 16 months. It has the peppery and paprika aromas of the varieties, but at the same time it has light, brightness, blueberries and blackberries with spices, even fennel and aniseed. The Cabernet seems to put hold to the exuberance of the Carménère; the Cabernet is the bones and the Carménère is the flesh. There is surprising freshness for a warm vintage like 2012. You have abundant tannins and some ripe fruit flavors with hints of spices. It's not a light wine, but it's not a Sumo wrestler either." 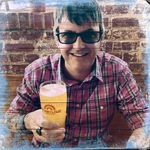