★ 97 Points Rober Parker                           97 Points Antonio Galloni (Vinous):  "The 2015 Pinot Noir Bondi Home Ranch, from Martinelli's coolest Pinot site, is another stunner. Silky, nuanced and wonderfully expressive on the palate, the 2015 possesses remarkable intensity but in a decidedly mid-weight style by Martinelli standards. Dense and compact in its center, the 2015 needs at least a few years to open up. Even today, though, it is dazzling. Early to bloom and late to ripen, Bondi Home Ranch enjoys an especially long growing season." 96 Points Robert Parker:  "The cool-climate 2014 Pinot Noir Bondi Home Ranch, from the Green Valley in the Russian River, is absolutely spectacular. It saw 80% new oak because it was so concentrated, and it seems to have sucked it up and only reveals just a slight wood spice to its full-bodied, beautifully textured, black raspberry and blackberry fruit. This is one of the profound 2014s and should drink well for 15-20 years... ...One of the great families of Northern California, and of course, one of the highest quality producers, the Martinellis – and rather remarkably so – only estate-bottle 15% of their production from over 300 acres of beautifully situated vineyards in the Russian River Valley and Sonoma Coast. No doubt Helen Turley, who worked at Martinelli and mentored its winemaking team, left a profound influence on the quality of the Chardonnays, Pinot Noirs, Syrahs and Zinfandels, a fact that can’t be overstated. The Chardonnays all go through full malolactic fermentation and tend to see about 50% new oak. The Pinot Noirs are always 100% destemmed and largely spend no longer than ten months in about 60% new French oak...As good as 2013 is for Pinot Noir in Sonoma, 2014 actually eclipses it." 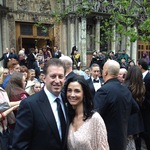 Delicious full mouth feel, berries and jam. Just took delivery and had to taste but probably better in a few years. Put this bottom shelf...!

Delicious full mouth feel, berries and jam. Just took delivery and had to taste but probably better in a few years. Put this bottom shelf...!