Rare Magnums of Joseph Phelps new 2013 Insignia Cabernet.  *PRE-ORDER NOW FOR SEPTEMBER 1ST RELEASE* (all pre-orders will ship the first week of September, 2016). This is for a MAGNUM (1.5L) bottle. 100 Points Robert Parker:  "The flagship wine of the estate in reds is their Insignia, which has been one of the great Bordeaux blends made in California since the debut vintage in 1974. It usually has 30+ years aging potential, even in lighter vintages, of which the 2012, 2013 and 2014 are decidedly not. The 2013 Proprietary Red Insignia was scheduled for bottling after my visit. A blend of 88% Cabernet Sauvignon and the rest smaller proportions of Petit Verdot, Merlot, Malbec and Cabernet Franc, this is a smaller cuvée of about 12,300 cases. This could turn out even better than the 2012, although the final judgment will have to take place from bottle. An amazing, inky purple color offers up notes of pen ink, white flowers, blueberry and blackberry liqueur. Nicely coiled, its tense, but rich and extracted palate is full-bodied with layers of concentrated fruit, well-integrated wood, acidity and tannin, and a finish of a good 40-45 seconds. This stunner should hit its prime in 5-6 years and last 30-40 years.  The venerable Joseph Phelps Vineyards Napa facility has undergone a complete facelift and renovation." Joseph Phelps’ flagship wine, which they have been making for 36 years, is the Insignia, which boasts a remarkable track record. Phelps, always a visionary, was the first to recognize that a blend of grapes could be better than a single varietal cuvee. Phelps produces a 100% Cabernet Sauvignon from the Backus Vineyard situated on the eastern slopes of the Oakville Corridor overlooking Screaming Eagle and Rudd Estate. 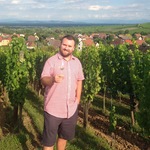 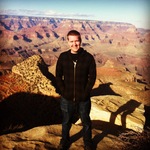 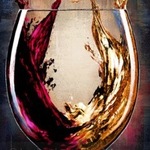