New release of a fantastic Cabernet blend from Herman Story. Limited. This is what you felt like when you had your first dinner at a Michelin starred restaurant with the one that got away: svelte, elegant and deliriously rich with the lingering sense that you were getting away with something. Raspberry coulis amuse bouche, grilled steak crust, Drambuie, Lebanese Cyprus, blood orange oil, Iron Root and Frankincense with a, pure, prolonged, sigh-heavy body and a finish that ends ten years later. Only 643 cases made.  The blend is 47% Cabernet Sauvignon, 20% Petite Sirah, 27% Syrah, 6% Petit Verdot. Proprietor and winemaker Russell P. From began Herman Story Wines in 2011 with 7 barrels stashed in his emplyer's cellar. What started as a modest homage to his rancher grandfather has become a beacon to those seeking opulent, structured Syrah and Grenache. These are no nonsense, balls to the wall wines that are not for the faint of heart or the pinky raising set. 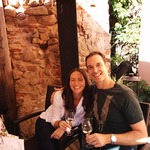 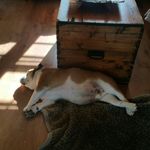 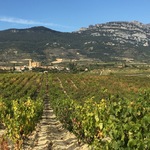 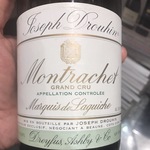 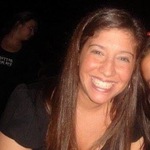 That bad, no score?

That bad, no score?