Doug Shafer & Elias Fernandez are the well-known winemaking team behind Shafer Vineyars who produce some of Napa Valley's best wines including the legendary Hillside Select.  They have just released the inagural wines from their new small-production label, Eighty Four, which represents the year they started making wine together. The first few years were challenging – experimenting, working long hours, learning from mistakes, pushing to make the best wines they could. This wine represents two friends going full circle – making wine together, trying new things, doing what they love. That's the spirit they are trying to recapture in their new label.  The Petite Sirah is a stunner but extremely limited. 94 Points Wine Spectator: "This is dark, bold and highly aromatic, yet retains a sense of restraint and grace. Sandalwood, white pepper, dried lavender and rosemary give in to ripe, juicy huckleberry and blueberry flavors. The tannins are both mouthfilling and plush. The finish just goes on and on. Drink now through 2030. 300 cases made." The Robb Report: "The extraordinarily dark Eighty Four Petite Sirah exudes perfumes of ripe apple, earthy charred oak, pomegranate, and raspberry. This is an opulent expression of an underappreciated grape, replete with concentrated flavors of blackberry, roasted coffee, porcini mushroom, and anise.” Winemaker Doug Shafer & Elias Fernandez Notes: Petite Sirah has a long history in Napa Valley. We first became acquainted with it in the 1970s as a homemade wine that local grape growers made and stored in their barns and basements. The wine can be a burly wall-of-flavor unless tamed to allow its subtler, delicious dimensions and inherent elegance emerge. Toward that end we aged this wine for nearly four years in new French oak and another year in bottle prior to its release. 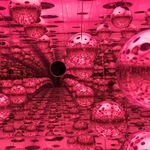 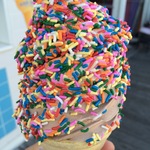