95 points - rare                                                   Rare new release from winemaker Jesse Katz one of California's hottest new winemakers under the Devil Proof and Aperture labels. Limited. 96 Points Robert Parker: "The Malbec Farrow Ranch takes its time to open to luscious scents of blueberry jam, mint chocolate and cassis with accents of fenugreek, coffee bean, roasted plum and violet with a streak of graphite. The palate explodes with rich, dense, lush, spicy blue and black fruits with an incredibly velvety frame and great freshness on the finish that goes on and on. This is structurally stunning and should be very long lived. 325 cases were made." The label was shot by Jesse's father, renowned photograph Andy Katz, in Cuba in the early 90s and is one of his favorite photographs. The expression of the Cuban woman joyfully holding a Cuban cigar in hand says what you need to know about the wine. For his first wine under his first label, Jesse wanted to make a wine that pushed the boundaries. He didn’t want to take the easy road. So, he decided to take a grape varietal that’s not commonly made in California (and when it is made, it’s generally not well-made), stuck to his guns and made a great Malbec. 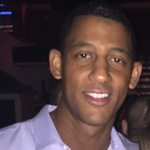