94 points - new discovery                      Daou is making some of the best Cabernets in Paso Robles today. Highly recommended. 96 Points Robert Parker: "Slated for bottling in August, the 2016 Soul Of A Lion is another immensely promising example of this Cabernet Sauvignon-dominated cuvée. Tasted from barrel, the wine reveals a deep and complex bouquet of smoky cassis, incense, ripe plums and rich soil. On the palate, it's full-bodied, layered and complete, with imposing power and savory structure framing a deep core of fruit. There's more depth and dimension here than in the 2015 rendition, and I suspect it will be even better.me over the coming 10-15 years (and I wouldn't be surprised to see it keep for longer either)...   ...These notes are the result of a fascinating and extensive tasting with father and daughter team Daniel and Lizzy Daou. As readers may know, Daou's estate vineyards (which emphasizes Bordeaux varieties) are planted at high density on steep slopes in Adelaida District in a site once singled out by the great André Tchelistcheff for its potential. Grown in these soils and in this climate, Daou's vines produce grapes with an extraordinarily high phenolic content, to which the estate's winemaking has gradually adapted. Macerations are very short, with the wines finishing fermentation in barrel, but even so these inky, structured reds don't lack for color or substance. Acidities are healthy, alcohols never in excess of 15%, and the wines are totally dry. I looked at two verticals in the course of my tasting, so I'm also in a position to observe that these wines evolve very slowly. There's no one else making Cabernet Sauvignon like this in Paso Robles." In the golden, oak-studded hills of Paso Robles' fabled west side, not far from William Randolph Hearst's magnificent castle, there is a man with a Homeric vision. His name is Daniel Daou and he is devoting his life and every imaginable resource to creating, first and foremost, a Cabernet Sauvignon that rivals the very best in the world. Gracefully perched atop a stunning promontory at 2,200 feet, the DAOU Spanish Colonial style winery is embraced by a tangible serenity. This kind of synergy happens rarely: superlative climate and terroir, super intensive vineyard culture, and cutting edge viticultural practice. You're more likely to find it in Bordeaux than Central California. 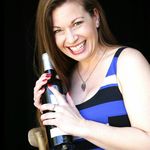 Just delicious! Brambly big berries. Complex and soft yet full and voluptuous. Just like a woman. And that scent...

Just delicious! Brambly big berries. Complex and soft yet full and voluptuous. Just like a woman. And that scent... 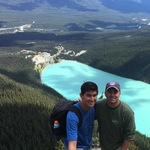 Two occasions to open this special wine - it’s Father’s Day, and in addition, it is my 1,000th wine in Delectable.

Two occasions to open this special wine - it’s Father’s Day, and in addition, it is my 1,000th wine in Delectable. 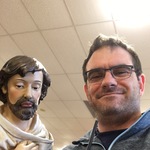