Continuum is the new tiny production Cabernet from the Mondavi Family. Limited pre-release offer. 97 Points Antonio Galloni (Vinous): "Graphite, lavender, sage, cloves and menthol race out of the glass in the 2013 Continuum, a wine that is just as impressive in bottle as it was from barrel. An intensely saline, mineral-drenched wine endowed with serious depth and precision, the 2013 shines with exceptional structural intensity and power, all that despite just having been bottled. In 2013 the Cabernet Franc is way up, which helps give the wine more aromatic top notes as well as greater overall complexity. Simply put, the 2013 is a real knock-out." previous vintage 96 points Robert Parker:  "This has been an impressive, serious wine since the debut vintage, and Tim Mondavi's estate high on Pritchard Hill has fashioned a blend of 78% Cabernet Sauvignon, 11% Cabernet Franc, 5% Petit Verdot and 6% Merlot. Gorgeously ripe, intricate and nuanced, with aromas of spring flowers and red and black fruits, a stunning texture, sweet tannin, a full-bodied mouthfeel, and undeniable elegance and finesse, this complex beauty cascades over the palate without a hard edge to be found. It is a tribute to Mondavi-s long resume of skillful winemaking. Black currants, blueberries and a touch of raspberries are all compelling and persistent. Drink this gorgeous Napa red now and over the next 15+ years...I was super-impressed with the two wines I tasted from Continuum Estate, Tim Mondavi’s new venture on Pritchard Hill, not far from Chappellet and Bryant Family.  Mondavi is gradually moving towards 100% estate fruit, but these early vintages include some fruit from vineyards in Oakville and Stags Leap. Continuum is distinguished by a fairly large presence of Cabernet Franc. This is one of the most exciting new properties in Napa Valley." Brix26 Inside Scoop:  After the sale of the Robert Mondavi winery, winemaker Tim Mondavi chose to focus on one wine and one varietal: Continuum is 100% Cabernet Sauvignon.  Sourced from Continuum's Estate vineyard on Napa Valley's Pritchard Hill, one of the priciest Cabernet regions in all of California with neighbors like Colgin, Bryant Family and Chappellet.  It's a beautiful site and judging from the Continuum 2013 Cabernet will be among Napa's most coveted collector wines. 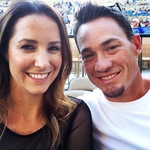 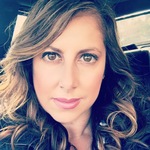 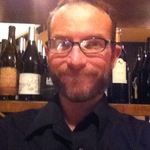 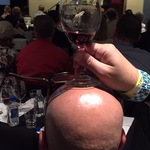 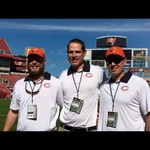 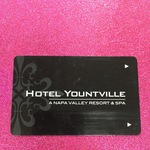