New release from Cobb, one of California's most sough-after new Pinot producers.  Only 150 cases made.97 Points Wine Enthusiast "Editors Choice":  "Named for winemaker Ross Cobb's late mother, who more than 20 years ago planted the Coastlands Vineyards' dry-farmed vines - some of the oldest in the region - this exquisitely distinctive wine celebrates all that is extreme andf remarkable about the marriage of site, style and variety. Offering bay laurel in abundance, it has plenty of body to remain vibrant and complex, marked entirely in forest floor and heady allspice, with a nuance of cherry and white pepper on the finish." 94+ Points Antonio Galloni: "The 2012 Pinot Noir Diane Cobb: Coastlands Vineyard is fabulous. Deep, rich and beautifully layered to the core, the 2012 possesses a remarkable sense of weightless power. The inclusion of 40% whole clusters, gives the Diane Cobb a gorgeous sense of lift. Lavender, smoke, grilled, herbs and violets are some of the notes that meld into the super-expressive finish. What a gorgeous wine this is. In the 2012, this fruit was picked into October.  I think also with the fact that Ross is the Hirsch winemaker, that would be a great tie in.  He made only 225 cs." Planted by David Cobb in 1989, the Diane Cob Coastlands Vineyard was one of the first vineyards on the far Sonoma Coast. Just three miles from Bodega Bay, at an elevation of 1,200 feet, Coastlands hangs high above the Pacific. It’s a challenging site, with tiny yields year after year, but it has also emerged as a benchmark for what can be achieved with Pinot Noir on the far coast.  The  2012 Coastlands Vineyard Pinot was honored as “Top 100 Wines” by Jon Bonné and the San Francisco Chronicle, while the 2007 vintage named one of the “Top 10 Sonoma Coast Pinots” by Forbes. 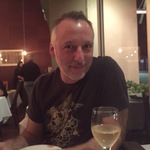