96 Points Wine Spectator                                           Limited new release from Beaux-Freres. Wine Spectator #3 of 2016. 96 Points Wine Spectator:  "Seduces you immediately, with expressive violet and dark raspberry aromas that open to polished and brilliantly structured blueberry, savory anise and tea flavors that take on richness on a long finish. Drink now through 2026..." (Aug 2019) Senior editor Tim Fish says: “Beaux Frères has set the gold standard for Oregon Pinot Noir since Michael Etzel planted his first vines in 1988 in an old pig farm, in what is now the Ribbon Ridge AVA of Willamette Valley. The Upper Terrace vineyard is his most recent planting, which is situated just north of and at a higher elevation than the original estate vines. The 9-acre vineyard was planted in 2000 to Dijon clones of Pinot Noir only, and the 2017 is a brilliant expression of the Beaux Frères style: dynamic, seductive and impeccably structured. It was fermented with native yeast and aged in French oak for a year." The Beaux Freres vineyards are located on an 86-acre farm in Yamhill County's Willamette Valley. Majestic Douglas fir trees comprise just under 50 acres of the farm, with the homestead and barns occupying another six acres. The vineyard is situated on 30 acres of steep contiguous hillsides that enjoy an exceptional south/southwest exposure. The property, purchased in 1987 by Michael Etzel and the noted wine critic Robert M. Parker, Jr., was named Beaux Freres (the brothers-in-law). A few years later Robert Roy, a Pinot Noir and red burgundy enthusiast from Quebec, became the third member of the Beaux Freres partnership.

Elegant, with an initial effervescence and funk that quickly blew off. Dusty cherries, fabulous nose, structured.

Elegant, with an initial effervescence and funk that quickly blew off. Dusty cherries, fabulous nose, structured. 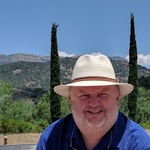